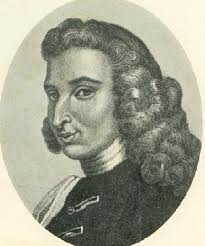 I am excited to write alongside Andrew and Jeff because I love them.  In last six years, I had a box seat to a string of tragic events that my macabre imagination couldn’t possibly invent.  During these times, I suffered from a deep depression, yet didn’t reach out to Andrew or Jeff because their lives struck me as so pretty, and mine so dirty.   I remember when Andrew let me know that his wife was pregnant.   My first response was not joy for my friend, but envy.   I was all fucked up inside and couldn’t find the words to explain it to anyone.  Embarrassment gave birth to loneliness and I drifted away from everything, including my friendships.

Individually, Andrew, Jeff, and I retreated into the immediacy of our own lives – work, marriage, kids – and the daily urgencies that leave little room for the meaningful conversations that feed relationships.  I was genuinely afraid our vivid friendship, once so important to us, had been filed away in a dull file folder, labeled, “old college buddies.”  I missed them both.  It felt as though my arm had been amputated.  I could feel the sensations, the memories of our friendship, but every time I looked, it wasn’t there.  I resigned myself to this reality.

During this time away from Andrew and Jeff, I made some monumental changes in my life – got divorced, moved to Canada, and found a real love and partner, but most importantly, became whole.   The last time I genuinely felt whole was when I lived with Jorge and Jeff on the shores of Lake Dunmore, Vermont, nearly ten years ago.  Despite the turmoil and changes, I clung to the best version of myself that only Andrew and Jeff saw when we laughed at the end of our dock, our feet in the water, sharing a cold beer, while the sun set on our adolescence.

Ten years later, far from that dock, I became one man again and a sense of calm settled into my bones and stayed.  Slowly, I reached out to Andrew and Jeff, and we dusted off our friendship and finally shared a beer again for the first time in five years at my wedding to Francesca.

While we didn’t speak of it on that day, we knew, as only good friends do, how much was missing and how much we needed to regain.  From that day on, texts became more frequent, a little call here and there, a chain of funny emails, until finally, we began to intellectually huddle around writing.

Jeff had been badgering me for years to write.  He writes a self-indulgent blog that is sometimes shitty, yet sometimes soars, inspiring us all.  If it weren’t for Jeff’ shove and my wife’s love, I wouldn’t be writing.

When I write, I am the ringmaster, standing on a soapbox in front of the big tent, bombastically selling tickets for a glimpse into the grotesque wonders behind the curtains of the sideshows in my mind.  If you have read my shit, then you know.  My writing is a brief pulling away of the curtain to let you gawk and stare, if only for a moment, at the ghastly specimens of thoughts I have collected over the years.  And when I stop writing, I snap the curtain shut with an impish half-grin and a raised eyebrow.

I write to ignite your desire to see more.  You might hate yourself for it, shake your head in disbelief or disgust, but you are definitely coming back.

Step right up.  Come inside.

“You betcha boss,” and with a nod and ghoulish wink, Lloyd, the half-man who lives between my ears, cracks the knuckles in his spooky little hands, then gleefully plays his Wurlitzer organ, providing the eerily beautiful circus music to the carnival of thoughts.

Lloyd and I have come a long way.  For years, he refused to take me seriously.   I would ask him to do simple tasks and always the same thing:

“Lloyd, can you replace the rotors on the boob-a-whirls?  I noticed they were squeaking and, perhaps, a little grease for it as well?”

And then he would run around in circles, shuffling his little feet, and laughing maniacally, eschewing all forms of responsibility.  When truly tuned up, Lloyd likes to unlock all the cages, give titty-twisters to the bearded lady and dry hump the hairless albino llamas and until someone finds him some weed.  Other times, I just let him play his organ.  It was the only time he seemed genuinely content.  No one plays the Wurlitzer better than Lloyd.

While Lloyd is a destructive little fuck, he is essential to the menagerie of odd that travels from town to town in my mind.  He is charming, and fun, and insane, and jumps gleefully over the lines you would never even think to cross.  He is the music and color.  Without him the show is boring and empty like carnivals set up in Wal-Mart parking lots, and I am even worse.  I am not myself.

For too long, and for too many reasons, I suppressed Lloyd, never letting him see the world beyond the tent walls.   And like my mind, when Lloyd gets bored or feels stifled, he begins to chew on the walls, looking for ways to escape and then he shits on the floor.

For all his faults I love him and don’t want him to hurt himself or me and so writing is a good solution.  We worked out a deal.   Lloyd will leave me the fuck alone, if from time to time, when I write, I let him out to play, and I invite some visitors inside the tent so he can show off and satiate his need for attention.  While I don’t tell Lloyd (he would go fucking bananas) no one enters the tent unattended, not even my wife.

“Oh honey, what is under that sheet?”

“Oh no, not that one.” And I grab Francesca by the arm, kiss her, and move her towards the human butterflies as she looks back in curiosity.  Even though she is the toughest, most accepting woman I know, there is simply some shit she shouldn’t see.  I love her too much.

And then I kick it in the crotch because I can, without feeling terrible.

And so I love Andrew and Jeff because I can let them wander around the carnival and I don’t have to explain much.  They laugh, they point, and sometimes they tell that me an exhibit should be locked away in the basement.  Sometimes I listen. They are among the handful of people in my life I trust.

Sharing ideas, laughing, and thinking together was (is) the cornerstone of our friendship.  All three of us are utterly bizarre, plagued and motivated by similar fears and fascinations.   Our friendship grew out of these shared interests, as we sought, as young men, to understand ourselves and the absurd world we deeply respect and appreciate.

We are all older now, changed in some ways, but exactly the same in the places that matter most. The pressing demands upon our daily life haven’t diminished.  When the dinner bell rings and our time is meted out on platters, work takes the heaping portions of the best cuts, leaving our creative endeavors to sustain themselves on scraps and leftovers.   It is a sad reality for most of us.

Nonetheless, writing brings us together.  Andrew, Jeff, and I can do it in the spare moments of life, publish it here, then hang out around it like a campfire in the woods of Vermont.  For me, this camaraderie, this interconnectedness – however bizarre the bonds may be – is what my writing is all about.